The Institute of Northern Engineering (INE) is the research arm of the College of Engineering and Mines (CEM). It has several distinct research centers and provides facilities and support to dozens of researchers working in conjunction with the College. INE is the home to many of the world’s leading researchers in cold weather and cold climate science and engineering.

INE research spans the engineering disciplines, offering expertise in energy production, modeling and testing of mechanical systems, environmental engineering and hydrology as well as infrastructure, mining, and petroleum development. Included within the Institute are natural scientists, social scientists, and anthropologists all of who contribute significantly to the ability of INE to address societal issues.

INE provides financial services and research support to the faculty, staff and students within the College of Engineering and Mines. 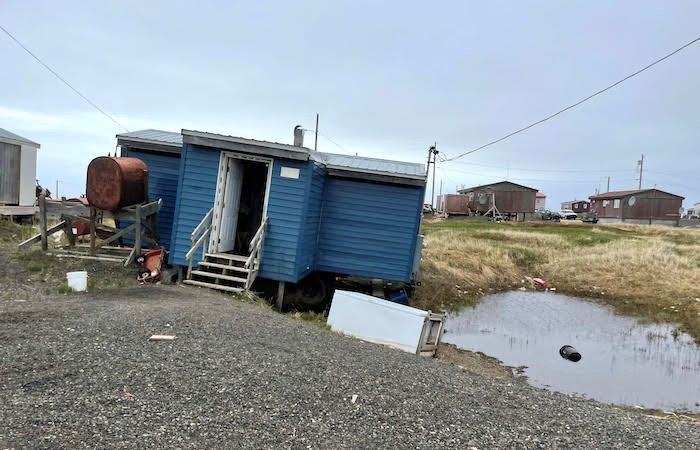 The Native Village of Point Lay (Kali) on the North Slope of Alaska has been identified as the second-most permafrost thaw-affected community in the state of Alaska. The village has 82 residential units, housing a population of approximately 330. There are several North Slope Borough municipal structures and the Kali School that serve the community. 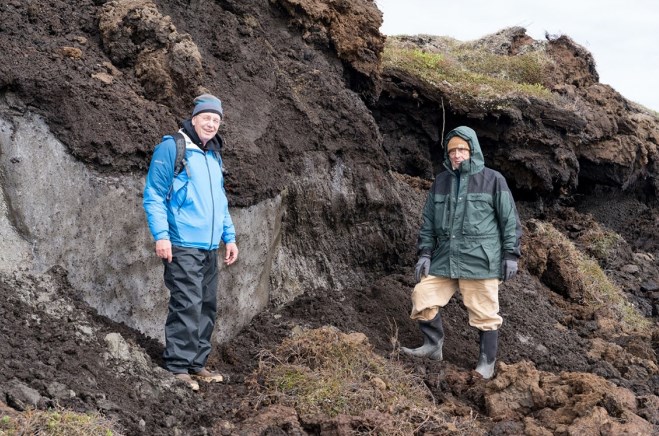 Most of the residential buildings in the village are built on an elevated surface underlain by ice-rich permafrost that is susceptible to thaw and terrain subsidence. Issues associated with thawing permafrost have dramatically increased in the village during the last decade. Water and sewer lines have failed, homes are being affected by ground subsidence, the community's freshwater drinking lake drained because of permafrost degradation in 2016, and one of their water storage tanks ruptured last winter.

Image top: A home in Point Lay that is affected by ice-wedge thermokarst. Photo courtesy of Benjamin Jones.
Image bottom: Billy Connor and Dr. Yuri Shur assessing wedge ice exposed in a coastal bluff outside of the village. Photo by Benjamin Jones.