How bison adapted to climate change 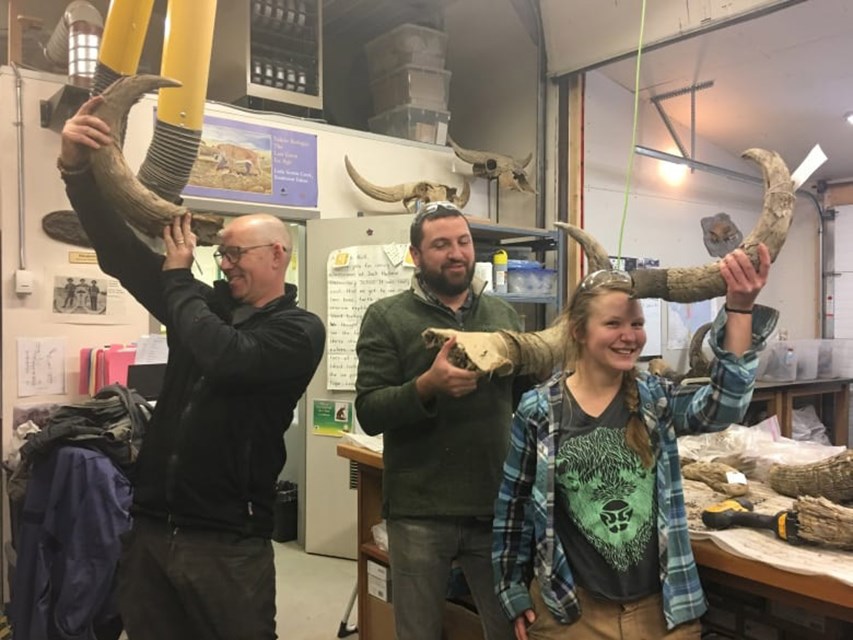 It appears that the way to a bison's life is through its horns. At least that's the approach three of our WERC researchers are taking.

Matthew Wooller (Director of  the Alaska Stable Isotope Facility), Ben Barst (Post-doctoral fellow), and PhD student Juliette Funck are studying ancient bison horns from a collection in the Yukon to find out more about how ancient bison herds adapted to climate change.