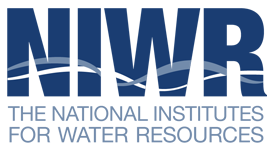 Several million gallons of sulfate and metal-rich wastewater is generated each year, especially during spring and summer, due to various industrial activities including mining, mineral processing, electroplating, thermal power plant, and petroleum combustion. Sulfate and metal-rich wastewater pose a major environmental concern because of their potential to contaminate localized water bodies, resulting in the destruction of natural ecosystems and toxic effects on human health.

The State of Alaska, being a house to multiple mine sites (often in the vicinity of small rural communities), is vulnerable to such mining-activity impacted waters. Sulfidogenic bioremediation of sulfate and metal-rich industrial wastewater, mediated by sulfate-reducing bacteria (SRB), offers an important alternative to the conventional physical and chemical treatment processes because of its cost-effectiveness, adaptability to low temperatures, and grounding in sustainability principles.

One of the major challenges for sulfidogenic bioremediation of high-strength industrial wastes in cold and extreme regions like the Arctic is slow biochemical reaction rates. Thus, the development of sulfidogenic bioremediation which is acclimatized at low temperature holds the key for successful treatment of sulfate and metal-rich industrial wastewater in such extremely cold environmental conditions. The inherent exposure to low temperatures could lend metal resistance to the native SRB population. The survival of SRB in this harsh environment could be attributed to its local metabolic relationship with other native microbiota that play a supportive role in degrading complex growth substrates and inorganic minerals. As evidenced by these recent findings, mine sediments in Arctic conditions could serve as a suitable source for SRB that can grow optimally at low temperature.

The proposed research involves a novel approach toward developing an environmentally resilient bioremediation technology by inoculating SRBs from mine sediments to pilot-scale sulfidogenic bioreactors, and thereafter optimizing the bioreactor process.

Major objectives of the proposed work are